Businesses run on information and as we know that when there is finance involved, a huge amount of trust is required between the parties that are working with each other and a certain sense of transparency in regard to the transactions happening, inflow and outflow of money.

This is very essential to maintain the complexities and vulnerabilities that come attached with the transaction systems. Also, with current ongoing trend of ecommerce, online money spending trends on an all-time high, travel and tourism taking people to the far ends of the world and bringing different currencies into the market, there has been a roaring surge in the growth of transaction volumes.

Now of course these transactions have to be recorded somewhere. Hence, came into the picture, the concept of – Blockchain.

What is Blockchain exactly?

Blockchain can be understood as a ledger or sort of a shared database to track and record the financial transactions and assets. Using Blockchain, we can track and trade any tangible and non-tangible assets, eliminating the middle man, which incurred extra costs in service charges due to the use of traditional transaction recording process.

It is a super-secure information recording system which makes it difficult to hack, change or cheat the system. There are 2 components of it – Block and a Chain. Every BLOCK contains a number of recorded transactions, and with each new transaction, a record is created to the ledger which is visible to all the participants.

It is a type of Distributed Ledger Technology (DLT) in which transactions are recorded with cryptographic signature called a Hash.
Blockchain as a technology was first outlined in 1991 by Stuart Haber and W. Scott Stornetta, two researchers who wanted to implement a system where document timestamps could not be tampered with.

But, as a concept Blockchain was invented by a person (or a group of people) using the name Satoshi Nakamoto in 2008 to serve the public transaction ledger of the cryptocurrency bitcoin. 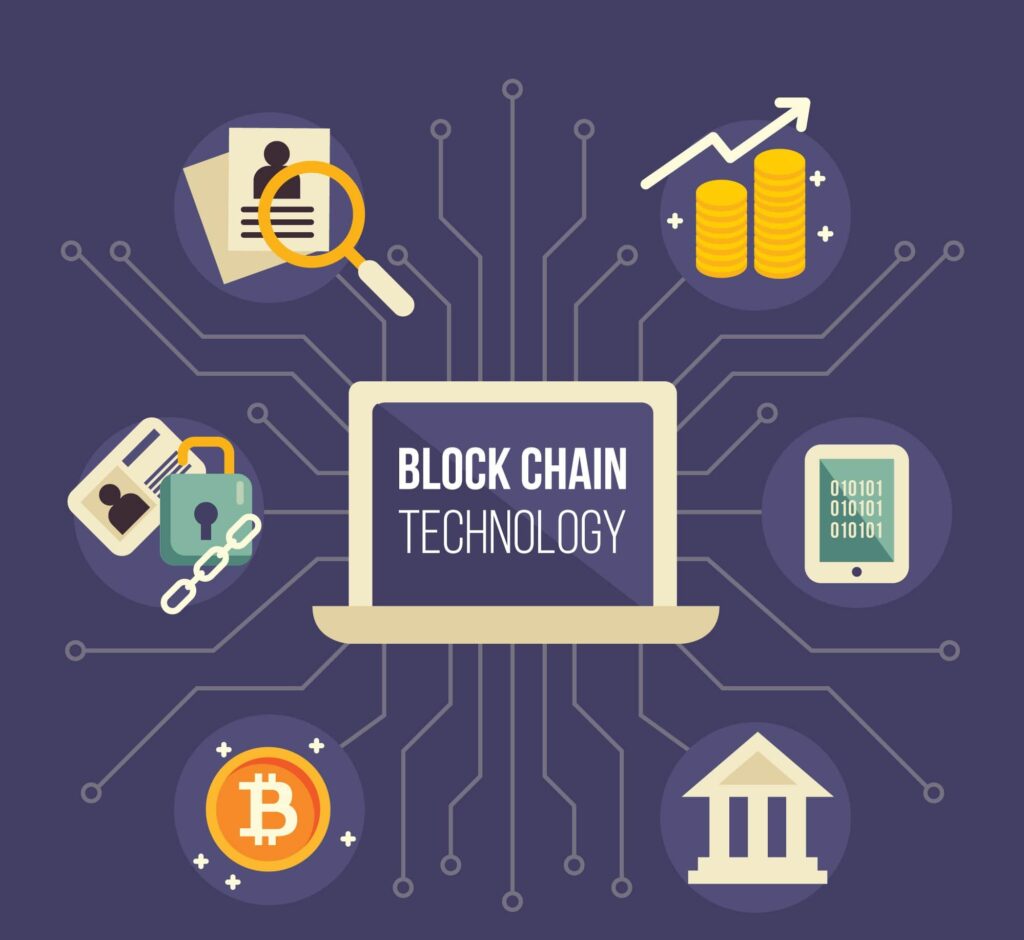 There are primarily three types of Blockchain –

Example – The most common examples of Public Blockchain are – Bitcoin (BTC) and Ethereum. Both of these are cryptocurrencies created with open source computing codes, which can be viewed and used by anyone and anyone anywhere can buy and sell Bitcoin without revealing their identity.

Private Blockchains – Private Blockchains hold value for enterprises that are private and even though there is collaboration and sharing of data, but they don’t share their sensitive business information on a public forum. In this type of setup, there are certain permissions required to gain access to the Blockchain. Also, Private Blockchains do not allow anonymity, a feature that can be allowed in its Public counterpart.
Example – The most common examples of private Blockchains are Ripple (XRP) and Hyperledger.

Consortium Blockchains/Federated Blockchains – It is more like a sub-category of Private Blockchains. They are governed by a group that can involve people from different organizations, but only with permissions and certain authority and access.

Example – The common example of Consortium Blockchain are Quorum, Corda.

Blockchain Testing can be defined as a holistic process that evaluates the work of various functional parts of the Blockchain.

There are different phases of Blockchain Testing, which can be summarized as :-

Initiation Phase – Initiation Phase as the name suggests calls for the analysis of business, functional requirements. In this phase, the testers have to basically understand the application behavior, and on the basis of that lock in the strategy for testing and the type of testing to incorporate for a particular application.

Design Phase – Design Phase is all about the inclusion of Business Analysts, Developers, QA’s and create Test scenarios and test scripts. Create test data, setup test environment and figure out application information.
Testing Phase – In this phase, the QA’s proceed with the type of testing deemed fit for that particular application and ensure the performance and security aspects of it.

Report Phase – It includes the crux of everything that has been done so far regarding the project details, data reports, testing reports and listing out performance reports and issues if there are any.

Functional Testing – This is all about ensuring that the application is working as expected, doing what it is meant to do. Ensuring that all the transactions are getting recorded in blocks successfully and the data is being transmitted.

Integration Testing – As we know that there are different systems and environments involved, we need to perform testing as to see how well the systems are integrating with each other.

Performance Testing – It plays a very important role in figuring out what are the causes and issues that are hindering the smooth application.

Node Testing – The different nodes on Network and chains must be tested carefully to ensure smooth running of the Blockchain application.

API Testing – API Testing is used to determine the behavior of request and response and checking how much time API is taking to retrieve values and to ensure that all the sensitive data is transmitted securely over network.

Blockchain based application testing tools still do not have much strong market presence and there are not many tools available to support this technology.Blockchain still being a relatively new concept, makes it difficult to strategize the type of testing that we want to implement in the application.

Test Data creation is comparatively difficult as an in-depth application knowledge is required. Security Testing these type of applications can be tricky as these are the issues that cannot always be predicted beforehand and have to be dealt with if and when they occur.

The concept of cryptocurrency, bitcoin has given a refreshing change to traditional transaction recording systems and made the system much secure and transparent, but it comes with its own set of challenges. So an enterprise or an individual even can choose wisely with how comfortable they are with sharing such data and to what extent and then on the basis of that decide the blockchain model they are comfortable with.

THRIVING IN THE PANDEMIC – 2021 in a Nutshell